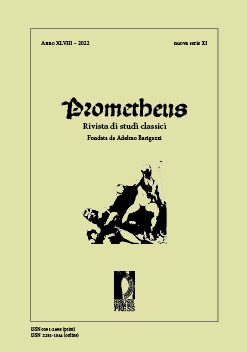 In this paper a metrical funerary inscription from the Phrygian Highlands, dated to the late imperial period and dedicated to a local prophet named Zosimos and his wife, is analysed in detail from both the epigraphic and literary points of view. It is an interesting example of the spreading of Greek paideia in Asia Minor during the late Empire and in particular of the relationship between Greek paideia and the new religious panorama that emerged in that period.