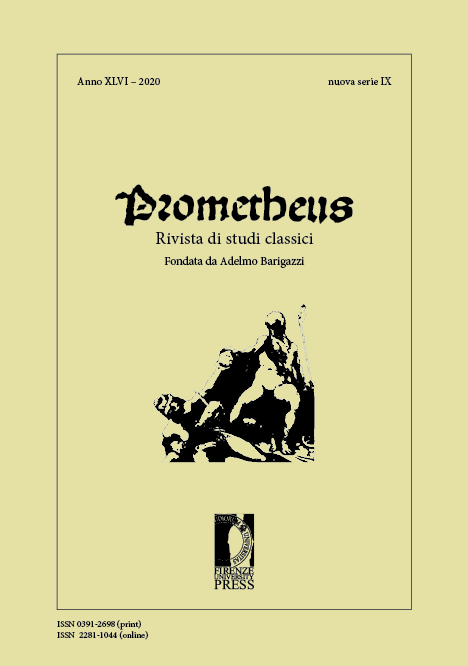 Four word in Latin letters, transcribed by Boccaccio in his autograph of the Bucolicum car­men, are the first evidence of a proverb, Ἄνθρωπος ἀγράμματος ξύλον ἄκαρπον (“an illiterate man is a fruitless tree”) which circulates among modern Greeks in the form Ἄν. ἀγ. ξύλο(ν) ἀπελέκητο(ν) (“an illiterate man is an unplaned wood”) as recently shown by G. De Gregorio, who found a precise parallel only in a work of a sixteenth-century Parmesan grammarian, L. Vitruvius Roscius (Rosso). This paper provides new evidence, which proves that Roscius was plagiarizing a text of Agostino Dati, a Sienese chancellor and humanist of the fifteenth century, who in his turn learnt the proverb probably from the mouth of Francesco Filelfo, his master of Greek.