Has the West been won? A field survey and a species distribution model of Iberolacerta horvathi in the Alps 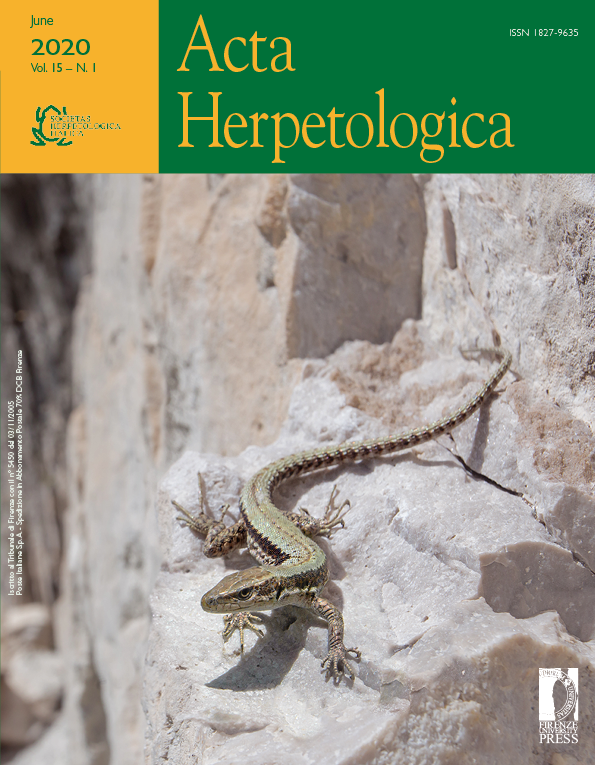 The Horvath’s rock lizard (Iberolacerta horvathi) is a rupicolous mountain species endemic of the eastern Alps and northern Dinaric range. The species has its known western limit of the distribution in the Veneto region of Italy. It is not known whether the species is really rare in Veneto or whether the area has been insufficiently surveyed. In addition, it is not known whether the westward distribution of the species is limited by a physiographic or by a climatic barrier. During the period 2016-2018, 118 sites were surveyed in the Veneto and Trentino-Alto Adige regions. Four new occurrences of Iberolacerta horvathi were discovered in Veneto that: 1) largely fill the gap between the westernmost known site and the closest site to the east; 2) extend further west the known distribution by 9 km. In addition the species was confirmed in three already known sites. A species distribution model was developed with the software MaxEnt, using 100 occurrences from Italy, Austria and Slovenia. The best model shows that the distribution is explained by the asperity of their habitat, the sedimentary bedrock, the aspect, the average temperature of the coldest quarter, the rainfall seasonality and the average summer rainfall. The last variable appears as the most likely responsible for the rarefaction of the species at its western limit. In addition, the species distribution model suggest that the Horvath’s rock lizard might be present in some additional mountain groups where it has so far not been found yet.