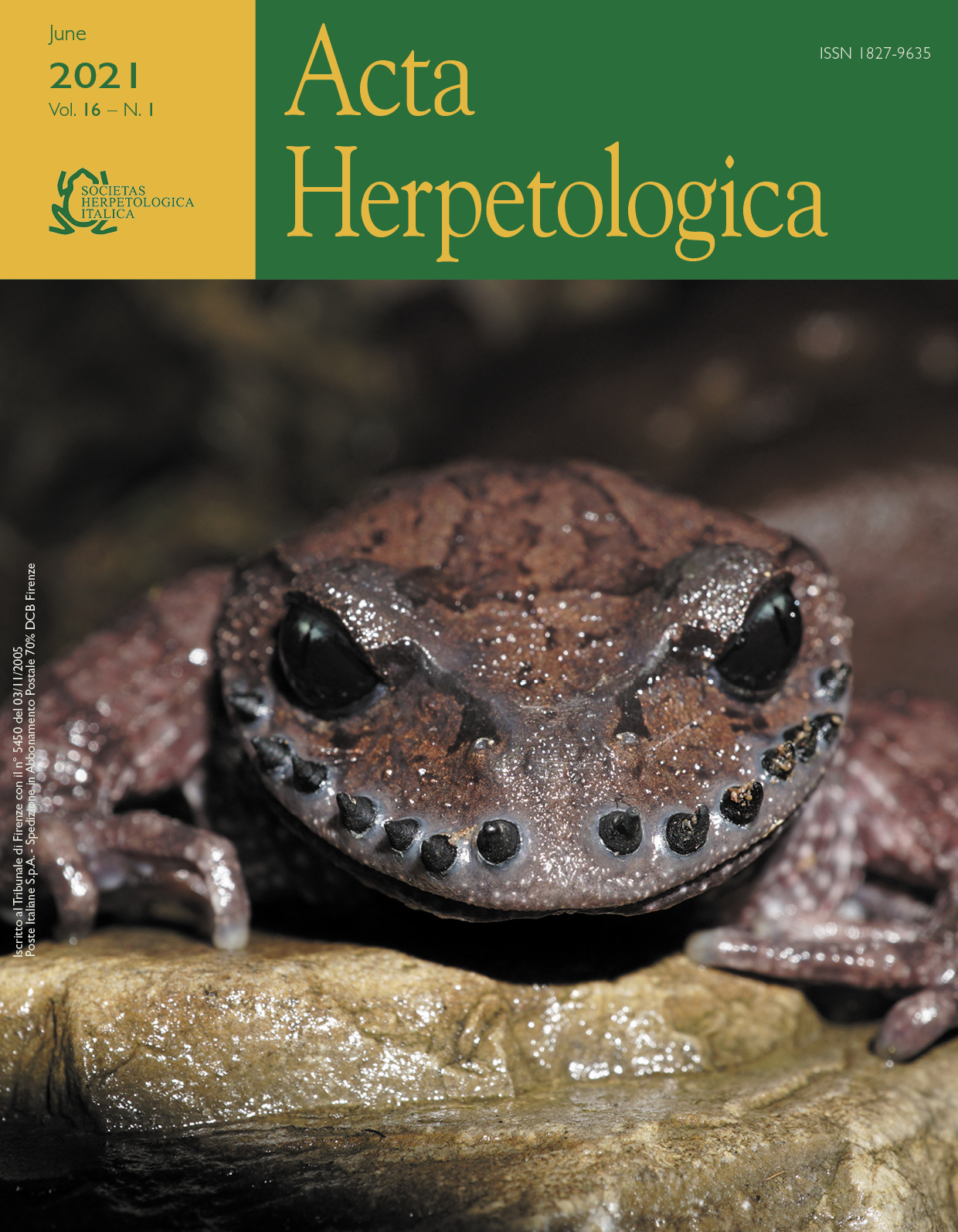 Intersexual morphological differences within a species occur in many traits, including body size and shape. Many processes that cause geographic variability in morphology have been proposed: population structure, phenotypic plasticity (environmental effects on development), and natural and/or sexual selection. Several hypotheses can explain patterns of sexual dimorphism in anurans, including natural or intra/inter-sexual selection, and differences in life history strategies between sexes. Limnomedusa macroglossa is considered a habitat specialist restricted to rocky outcrops in Brazil, Argentina, Paraguay, and Uruguay. We evaluated the extent of sexual (size and shape) dimorphism in L. macroglossa from Uruguay based on morphometrics and secondary sexual characteristics, while taking into account geographic variation. Sexual dimorphism in body size of adults was found, but multivariate analyses did not demonstrate the existence of significant differences in shape. There were also significant differences in body size and hind leg measurements among six hydrographic basins as a result from the phenotypic plasticity correlated with local temperature, representing a clinal variation along the latitudinal gradient of Uruguay. The sexual dimorphism found in body size is probably the consequence of higher growth rates and/or late sexual maturity in females, which favors larger body size for accommodating larger ovaries, and thus, higher reproductive output.