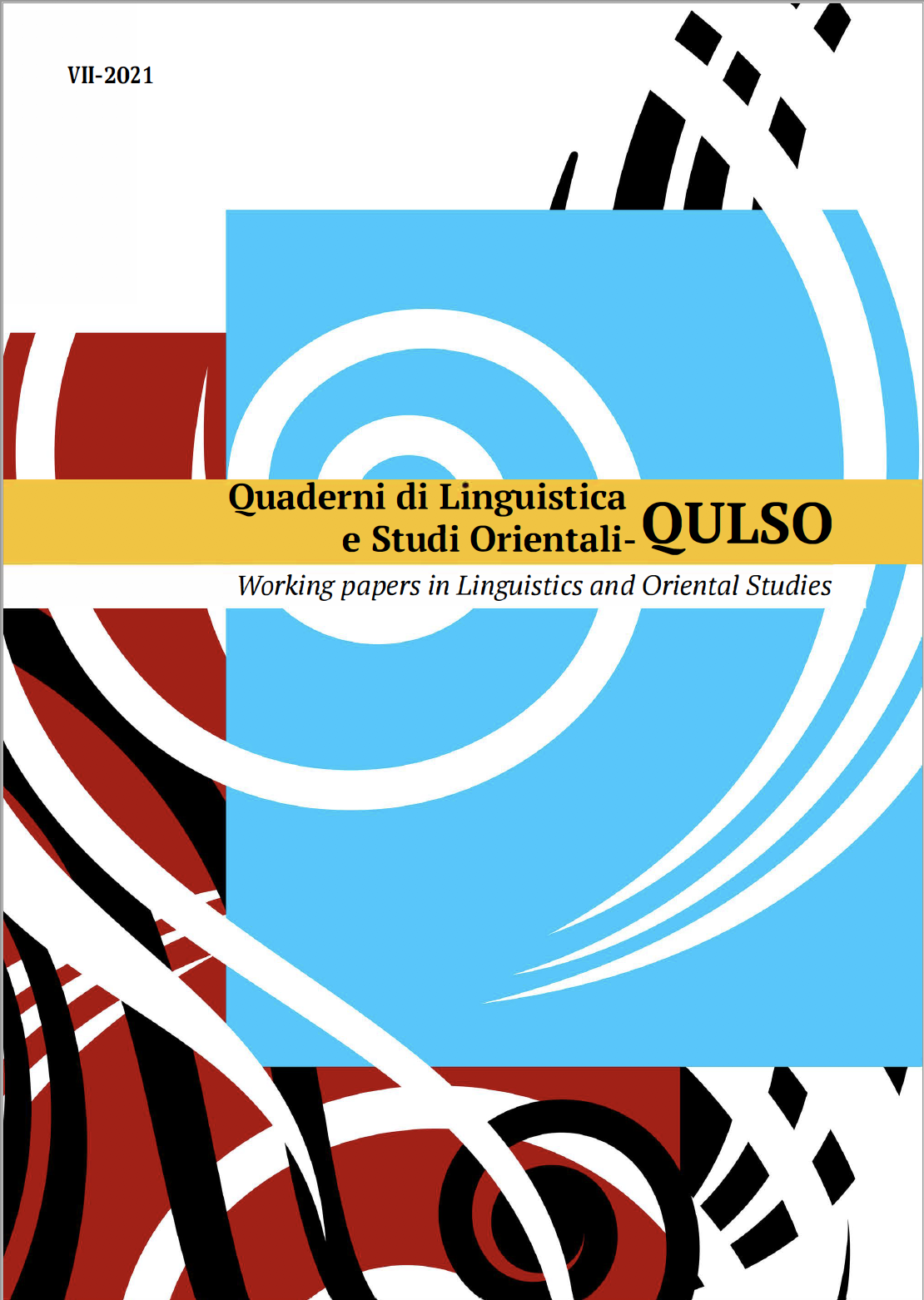 You are free to copy, distribute and transmit the work, and to adapt the work. You must attribute the work in the manner specified by the author or licensor (but not in any way that suggests that they endorse you or your use of the work).

QULSO published articles metadata are dedicated to the public domain by waiving all publisher's rights to the work worldwide under copyright law, including all related and neighboring rights, to the extent allowed by law.
You can copy, modify, distribute and perform the work, even for commercial purposes, all without asking permission.

The paper describes the path of my research towards a kinaesthetic theory of meaning within which some of the main issues in 20th century’s semantics and philosophy of language are approached from the perspective of a naturalized phenomenology centered on spatiality. The core issue lies in the grounding of cognitive structure, as expressed in supposedly “atomic” sentences, and the solution proposed rests on the existence of a finite set of basic schemata of objects-and-actions which, suitably combined, allow for the constitution of any possible act of reference. The steps which led to the kinaesthetic theory are presented here in retrospect, from the roots in Husserl’s phenomenology to the essential debt toward cognitive grammar, particularly for what concerns the theory of metaphor. The emphasis is on one characteristic feature of the resulting approach, namely, the tools provided by category theory are argued to be indispensable in order to set up a model of the way human cognition and particularly logical architecture are grounded on basic schemata