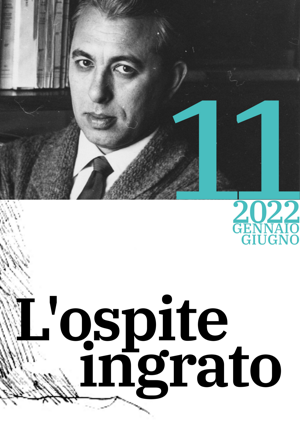 This paper examines a number of poetic-ecological choices from a transnational perspective. It focuses, in particular, on the institution of action (Bryson 2005), which identifies the will of some authors to act and to make the reader act outside the poetic momentum, in order to preserve the non-human. This is denoted by that lyrical tendency which, in the US context, has been defined as «ecocentrism» (Laura-Gray Street 2020) and which implies that the vision of the human is as a contingent part of a greater whole. As the argumentation highlights, there are peculiar abilities/faculties (empathy, imagination) and feelings (sympathy) (Coetzee 2000; Merwin 1998) belonging to the poets involved, however they always distant themselves from aiming at a definitive understanding of the «absolutely other» (Derrida 2006). This contribution also examines the institution of the personification that often accompanies that of action – both in Italian poetics (Pusterla, Damiani) and in North American poetics (Merwin, Oliver) – and it is considered one of the tools to limit the centrality of the ego in lyrics and to approach the feeling of more-than-human creatures. Finally, the extremes of the declination of personification are shown, which illustrate, on the one hand, the non-human crossing the internal boundaries of the subject, becoming almost a part of it, and, on the other hand, attributing to it an external and dialoguing identity.