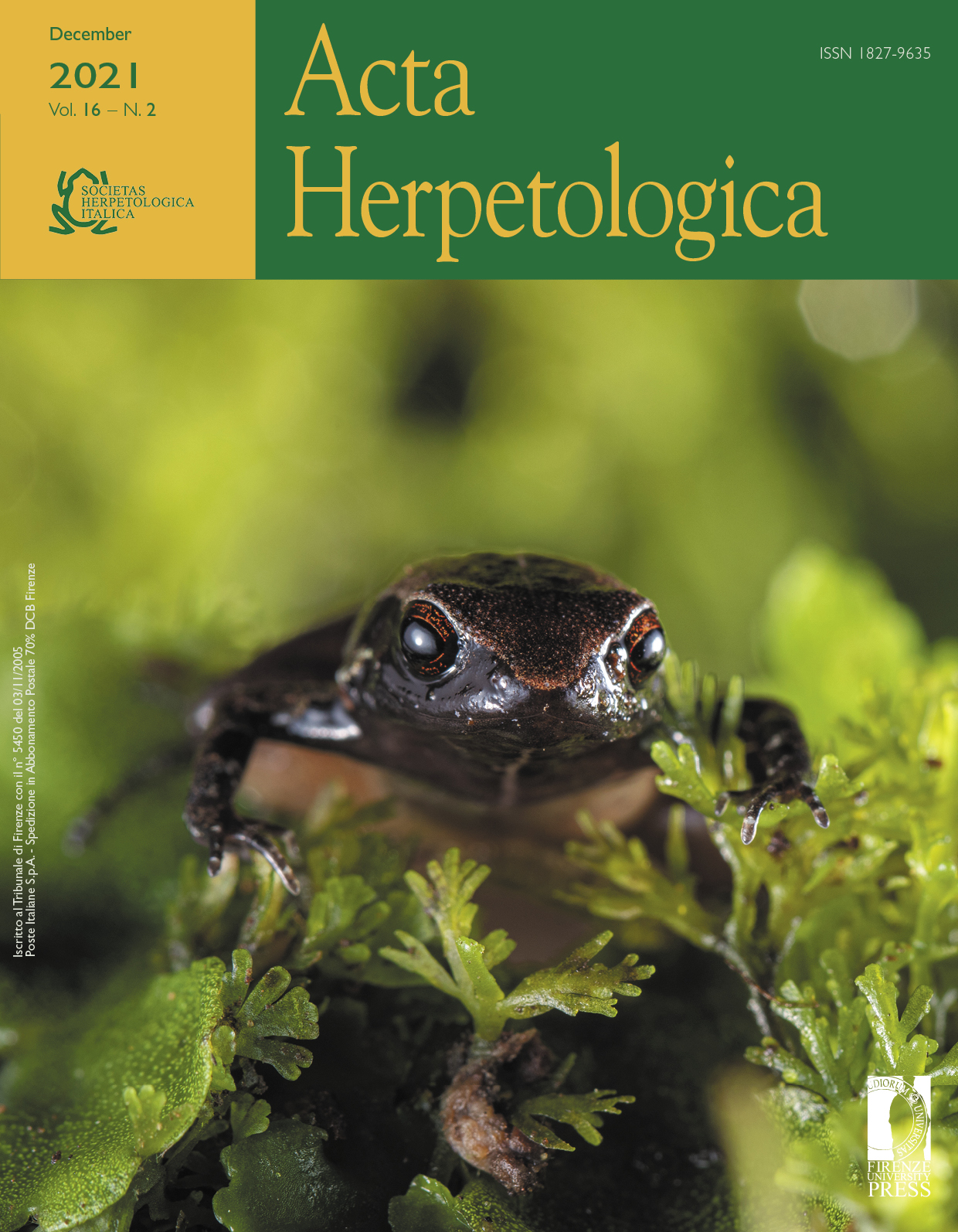 Aposematism is a visual communication system in which bright and contrasted coloured prey warn predators about their unprofitability. The Northern Spectacled Salamander Salamandrina perspicillata, a small terrestrial salamander endemic to Italy, displays a uniform dark dorsal colouration and a contrasted ventral side in which a bright red colour is displayed by coiling the tail over the body. In amphibians, this behaviour, known as “Unkenreflex”, is usually considered to be aposematic. In this study, we used realistic plasticine replicas to test this aposematic hypothesis in the Northern Spectacled Salamander. Of the 199 clay models placed in a natural habitat, 165 (83%) were recovered and 39 (24%) showed some sign of predation. The head of the models was more attacked than expected by chance (P = 0.042), suggesting that potential predators were perceiving models as real prey. However, there were no differences in the proportion of dorsal (18/83 = 22%), and ventral (21/82 = 26%) models attacked by predators. Therefore, contrary to expectations our experiment did not support the aposematic hypothesis. However, predation experiments with clay models have limitations and our results should be considered as preliminary, deserving further research to better understand the Northern Spectacled salamander prey-predator system.