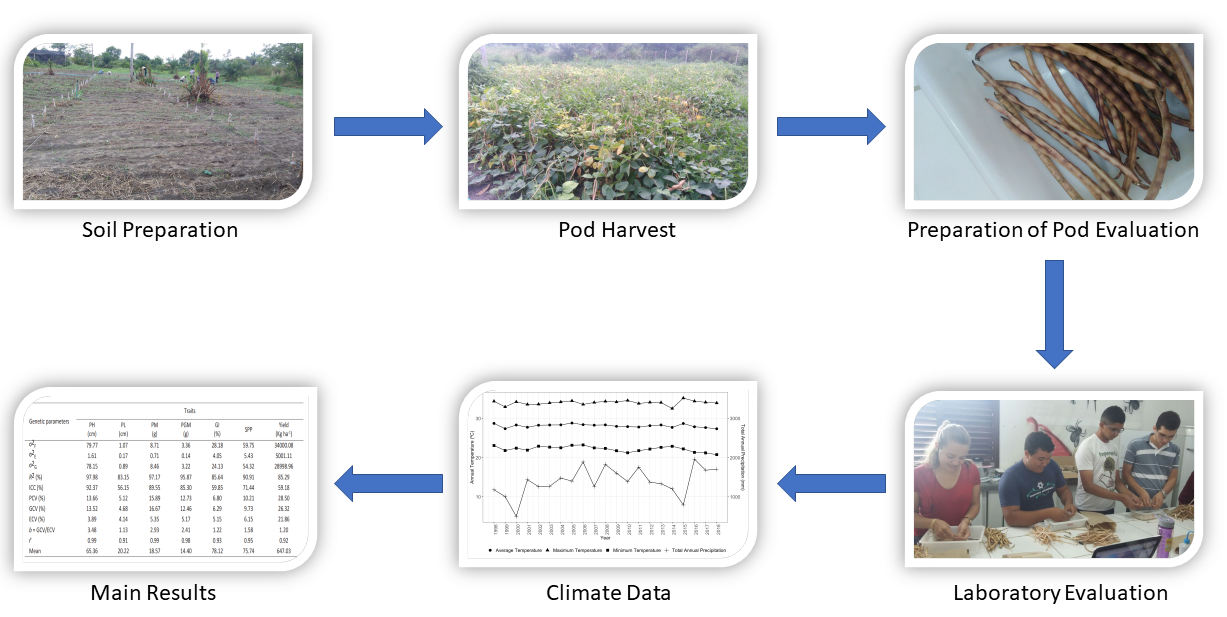 The development of superior genotypes is the main objective of all plant breeding programs. To determine the genetic variability, heritability and correlations, 20 cowpea genotypes were grown in a randomized block design with four replications in Cerrado/Amazon Rainforest ecotone region. The data recorded were plant height, pod length, pod mass, pod grain mass, grain index, pod grain number and yield. Analysis of variance revealed significant differences between genotypes for all traits studied. The genotypic determination coefficient was high for all traits evaluated. Similarly, the accuracy parameter presented high estimates (>0.90). The magnitudes of the genotypic correlation coefficients were higher than the environmental and phenotypic correlations for most correlations, showing a greater influence of the genetic factor than the environmental factors. The direct and indirect effects provided greater reliability in the cause and effect interpretations between the studied traits, indicating that yield can be explained through the effects of the analyzed traits. The traits pod mass (0.9628) and pod grain mass (0.7835) showed the greatest favorable direct effect, showing a strong association between the analyzed characters and can be used in direct or indirect selection for yield in cowpea.