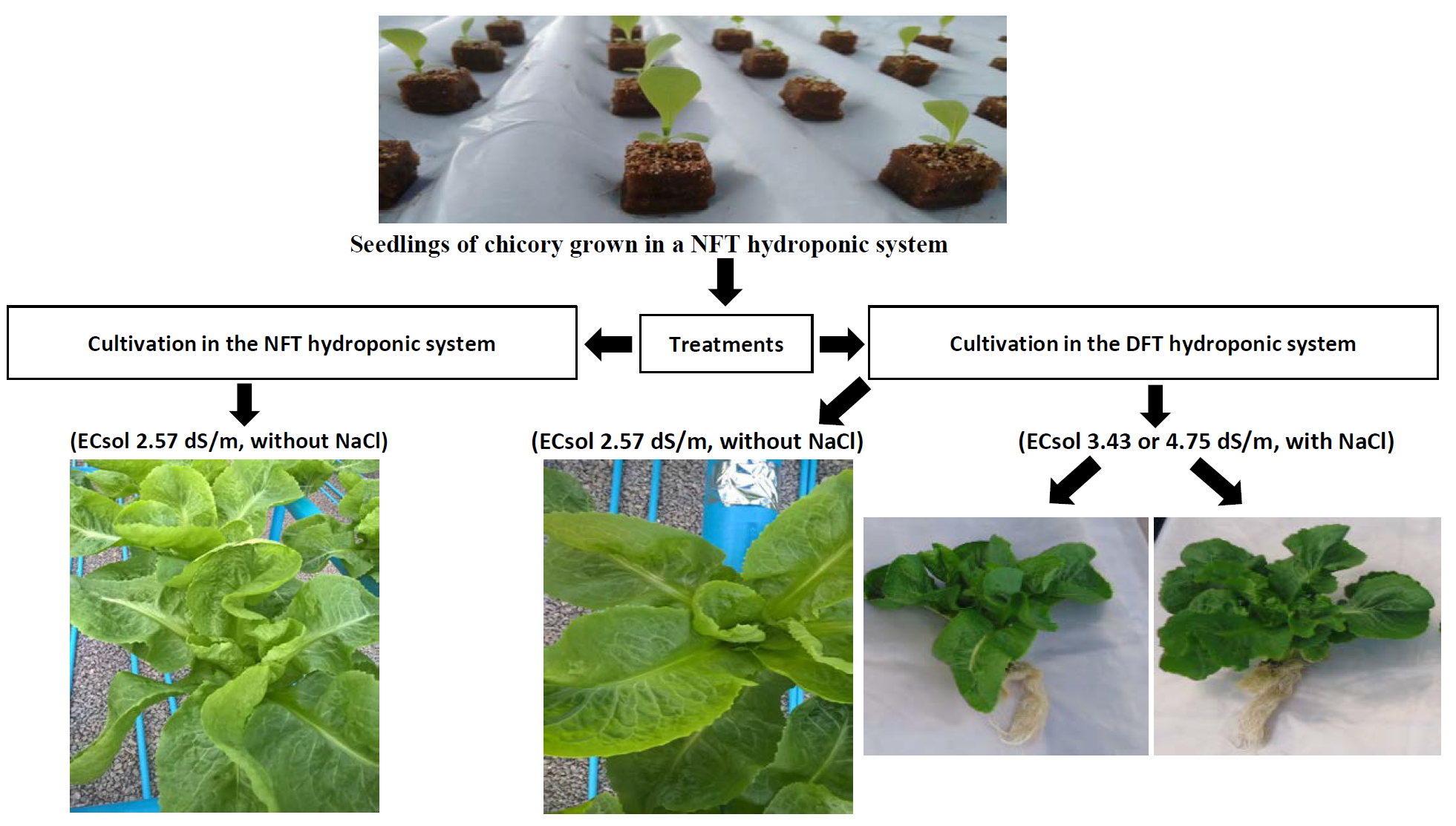 Plants response to the same level of salinity can be increased in hydroponic cultivation compared to under soil conditions. The study aimed at evaluating the chicory growth in DFT (Deep Flow Technique) hydroponic system using brackish water, comparing the results with those obtained in NFT (Nutrient Film Technique) system. The experiment was carried out in a randomized block design with eight replicates. Each plot (replicate) was represented by a hydroponic channel with 15 plants. Four treatments were used, consisting of plants grown in the DFT system submitted to three levels of electrical conductivity of nutrient solution - ECsol (2.57, 3.43 and 4.75 dS/m) and in the NFT system under ECsol of 2.57 dS/m. Plant height, number of leaves, fresh and dry matter of shoot, water consumption, water use efficiency and water content in shoot at 20 and 25 days after transplanting (DAT) were evaluated. In each harvest, a mean value was obtained per plot through of the harvest collection of five plants. At 25 DAT, the largest reductions in production and water use efficiency of chicory were observed under higher salinity (ECsol 4.75 dS/m). In the DFT system no symptoms of toxicity that could be attributed to salinity were observed.