Hunting the fleeing work of art

Botta, Gregorio was born in Naples on 18 April 1953.
In 1980 he enrolled at the fine arts academy in Rome where he followed the courses taught by Toti Scialoja, and where he gained his diploma in 1984.
After his beginnings, marked by his participation in various group shows held at the Galleria Rondanini and by his first solo shows at the Galleria Il Segno, both in Rome, the artist came to the attention of the critics as a result of some important exhibitions, among which Trasparenze dell'arte italiana sulla via della seta curated by Achille Bonito Oliva, held in Beijing in 1993, the XII Quadriennale and the Biennale dei Parchi at the Galleria Nazionale d'Arte Moderna, Rome, held respectively in 1996 and 1998, as well as the solo show presented in the same year by Ludovico Pratesi at the Italian Institute of Culture in Cologne.
Wax, lead, iron, and glass are the elements he uses for his undertaking of an art “of subtracting, of little, of less, in the hope of arriving at an art of nothing. An art that might disappear and leave only, like the vibrations of a secret engine, the action for which it was born” (Gregorio Botta, 2001).

His forms are archetypical (circles, chalices...) within which the image is held as though searching within them a point for the slow emergence of a hidden truth, one that concerns our being more than our appearance. The universe of silhouettes created by Botta, then, seems “silent and cautious in its revelation; muffled by the whiteness that wraps it, as though it inhabited and took its nourishment from the amniotic liquid of the womb; slow to reveal itself to the observer with its understated request for a longer look at it. A look that discovers enchantment in the end: and is not afraid of it” (Fabrizio D’Amico, 2001). In 2006, at the Magazzini del Sale in Siena, he presented a selection of recent works in which there was to be seen again the elements peculiar to his art language, in a singular play of juxtapositions: the lightness and transparency of glass, the opacity and hardness of iron. What was now new was the introduction of movement that enlivens such installations as La Porta di Pietro, inspired by Piero della Francesca’s Madonna del Parto. 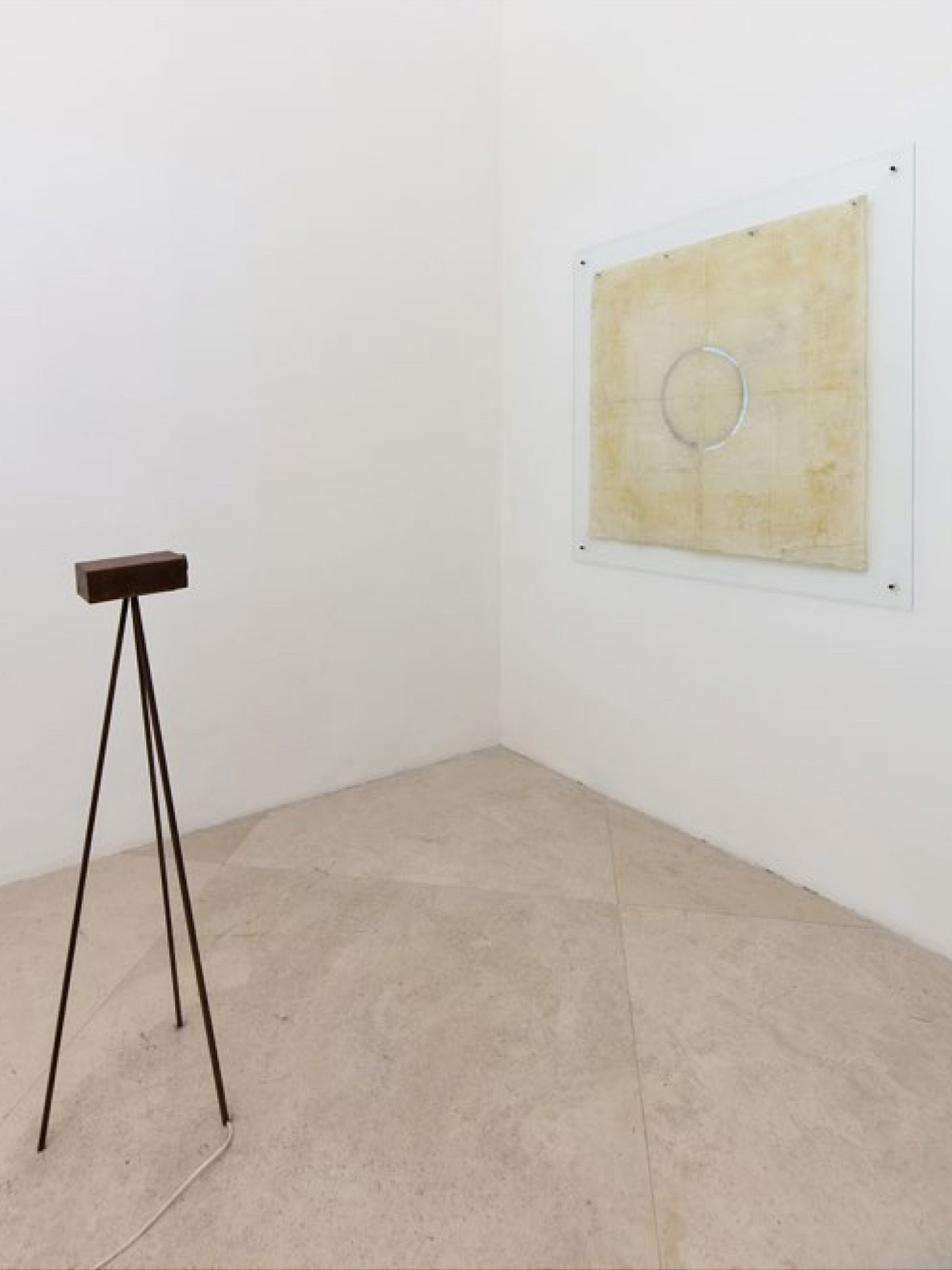 In the Decameron Pier Paolo Pasolini chooses the role of the pupil helping Giotto, who is busy painting a fresco in a cathedral. When the work of art is nally complete, while the bells of the monks ring in celebration, Pasolini takes a look at it one last time and says: «Ma io mi chiedo: perché realizzarla, quando è così bello soltanto sognarla?» It’s the nal phase of the movie, and the line is acted by the director-actor acquiering, obviously, a meta-meaning: it’s true both for the completed painting as it is for the movie that has been shot, and has come to an end. It’s always true for every work of art. It’s true because often, the distance between the initial dream and its realisation is profound.