Micro-morphological studies in the genus Balanites Del. in West Africa 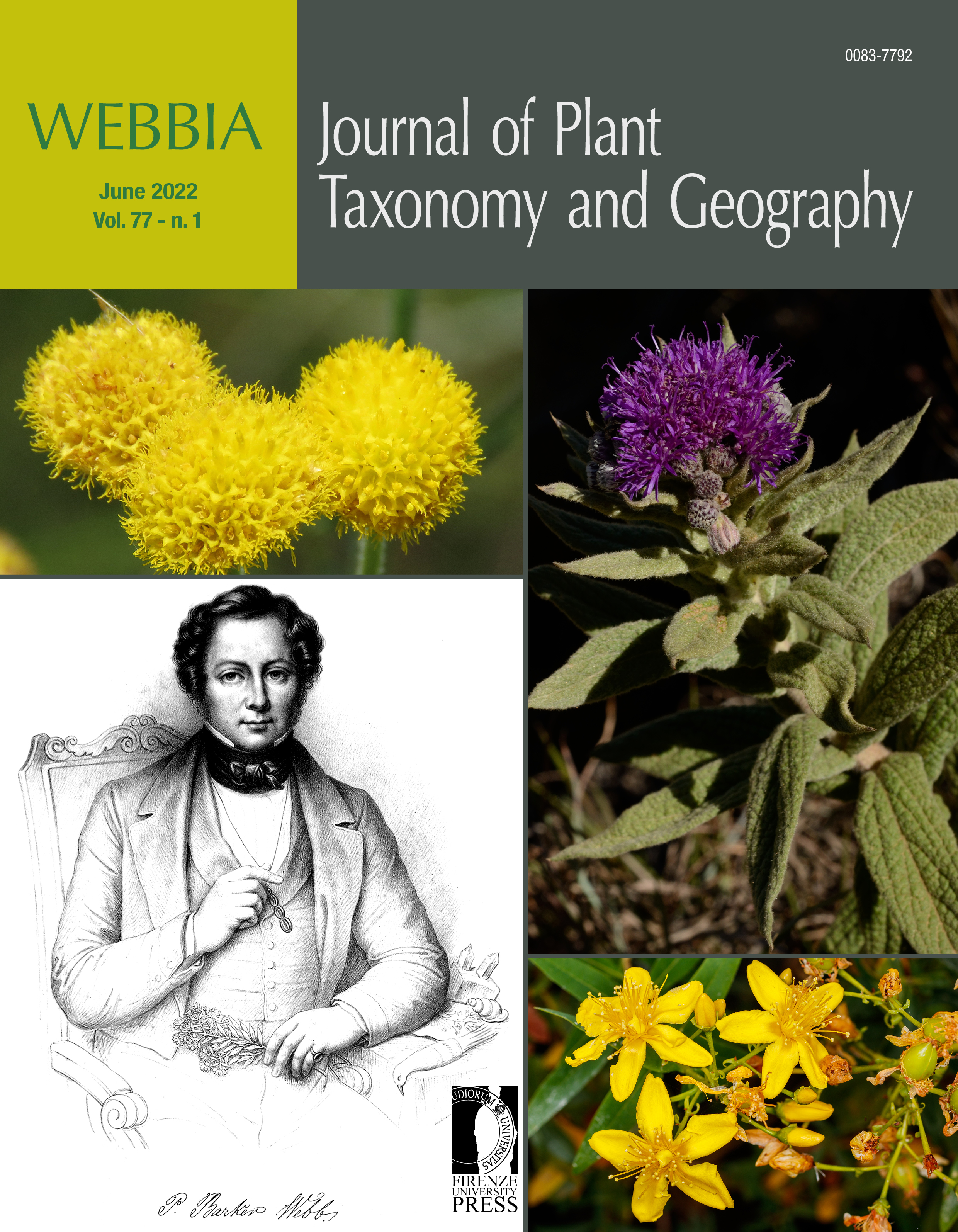 We examined the two species of the genus Balanites in West Africa for their foliar and pollen micro-characters. Fresh and herbarium specimens were used for this study. Results showed that the species have overlapping characteristics. Epidermal cells were generally anisodiametric or polygonal; anticlinal walls straight-curved while stomata were anomocytic and surrounded by large guard cells in both species. Trichomes were tectorial and only observed in B. aegyptiaca. Pollen grains were generally single, isopolar, tricolporate, and oblate spheroidal in shape, ranging from 23-23.5µm in B. aegyptiaca and 22-23µm in B. wilsoniana, in length. The exine was generally finely reticulate with indistinct lumina and thin in both species while pollen shape was oblate spheroidal in B. aegyptiaca and prolate spheroidal in B. wilsoniana. Ecological data showed that the species are allopatric but sometimes may be found in same ecological zone. Although the present study supports the co-existence of the taxa as sister species, the overlapping characters as observed also suggest the need for further taxonomic studies to ascertain beyond reasonable doubt, the recent infra-generic classification within the Zygophyllaceae.