Evaluating the species distribution patterns of the genus Saurauia Willd. in the Philippines using geospatial analysis 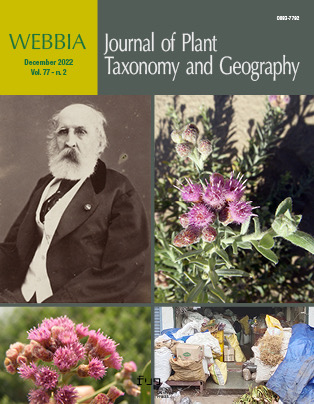 Understanding the species distribution patterns of endemic and threatened species is very useful for conservation planning and actions. However, research on the distribution of many important and often overlooked species in the country, such as the Saurauia, is extremely limited. This paper provided an overview of the distribution patterns of Saurauia species across the Philippine archipelago based solely on the existing digital checklist of vascular plants. Specifically, the study produced distribution maps of the 56 endemic Saurauia species and determined their climatic distribution ranges. The methods involved geospatial and geoprocessing analysis in a geographic information system (GIS) environment. The findings showed that 29 Saurauia species are currently distributed in a single province, whereas seven (7) species have only been recorded in a certain region. Furthermore, 35 species was found to have a single type of climate. The Saurauia species identified in this paper that have only a single provincial or regional distribution record and are restricted to a single type of climate are recommended for conservation because they are mostly likely to be affected by environmental and climatic changes. Finally, the information and data derived in this paper could serve as a baseline for assessing conservation status, habitat modelling studies, species-level conservation planning, and understanding climate change impacts.