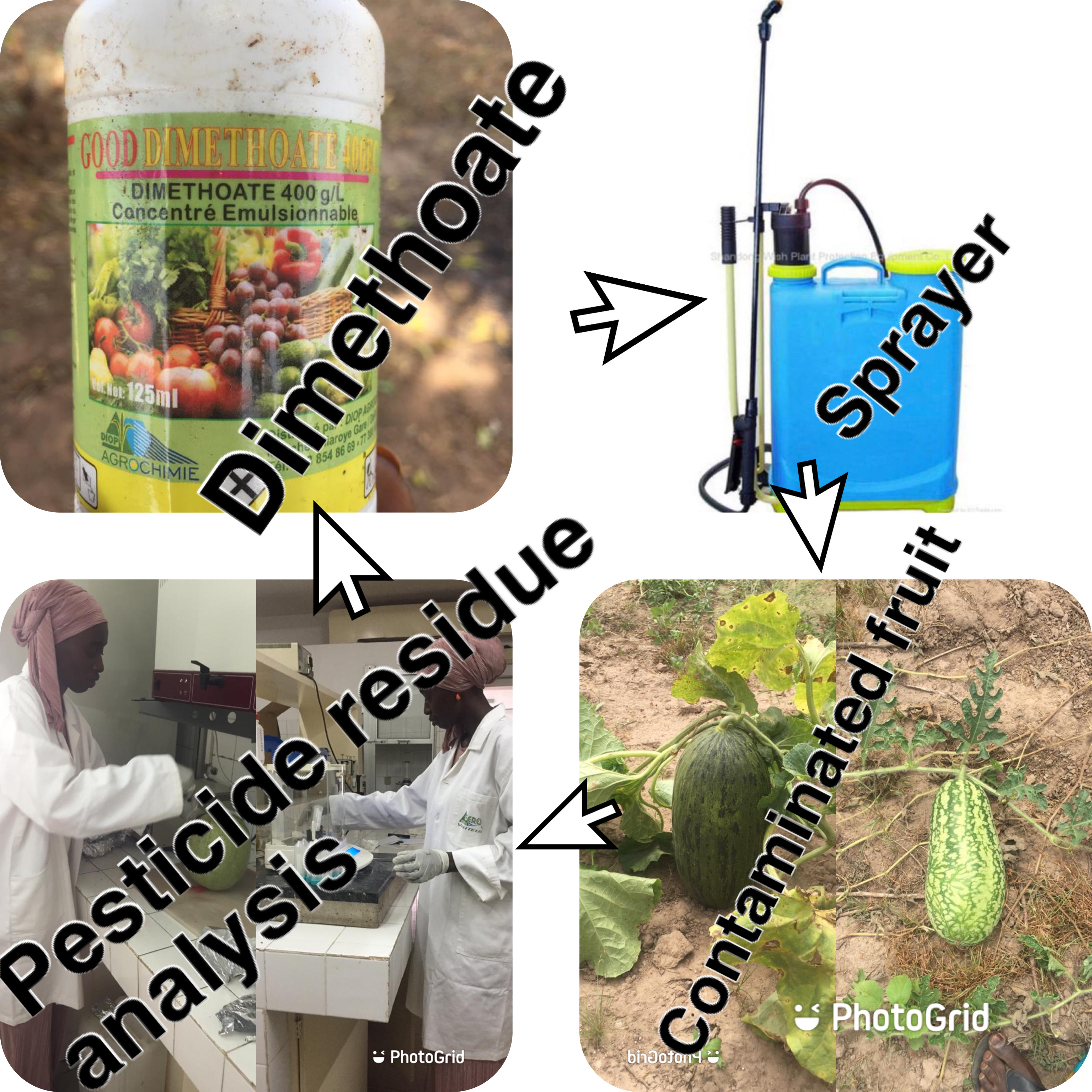 Field and laboratory studies were conducted late 2019 in three districts of the Gambia’s North Bank Region; namely, Central Badibou, Lower Badibou and Upper Badibou to ascertain the pesticide residue level in watermelon fruit, determine the insect pest control methods, types of pesticide, frequency of application, and pre-harvest interval observed. Multistage sampling technique was used in selecting the research respondents. Eighty-five (85) farmers were identified; forty-five (45) were randomly selected as research respondents. Data was collected using structured questionnaires. SPSS Software was used to analyse the questionnaires and Gas Chromatograph to determine the pesticide residue level. Data obtained were analysed and compared with the European Union Maximum Residue Limit (MRL). The results of the analysis revealed that the farmers used chemical control method in watermelon production, and applied at frequency of once in every two weeks. Furthermore, the results indicated that the chemical applied at flowering stage and the pre-harvest interval (17-21 days) ranked the highest. The pesticides residues found in the watermelon samples were Dimethoate, Profenophos, Dicofol, Cypermethrin, Lambda-cyhalothrin, Permethrin and Deltamethrin and most were above the MRL. The presence of pesticides residues in the watermelon samples calls for strict regulation on the use of pesticides on watermelon. Further study is recommended in other fruits and vegetables grown in the country especially in the studied region.