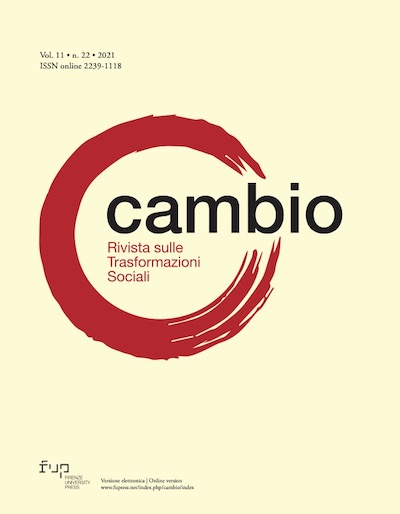 The works of Elias, characterised by his unique relational and processual gaze, have recently inspired much research in the migration field. In particular, the established-outsiders figuration has opened a fruitful way to overcome the tendency of naturalising cultural and economic differences, hiding the power relations between different groups. The objective of this paper is to apply the figurational framework to the study of the Tunisian community living in Modena (Northern Italy). The originality of the study resides in the choice of a particular figuration in which three interdependent groups are present: the Italian autochthones, the elder Tunisian community and the new group of Tunisians arrived after 2011. Following the process of establishment of the elder part of the Tunisian community we observe how a structural change in the figuration (as the arrival of a new group of Tunisian people) had deep social and symbolic consequences, hindering the integration of the old Tunisians in the Modenese context. The study marks an advancement in the application of the established-outsiders figuration in migration studies and constitutes a valid example for analysing the integration of increasingly older migrant communities in Italy.