Where has the protest gone? Populist attitudes and electoral flows in Italian political turmoil 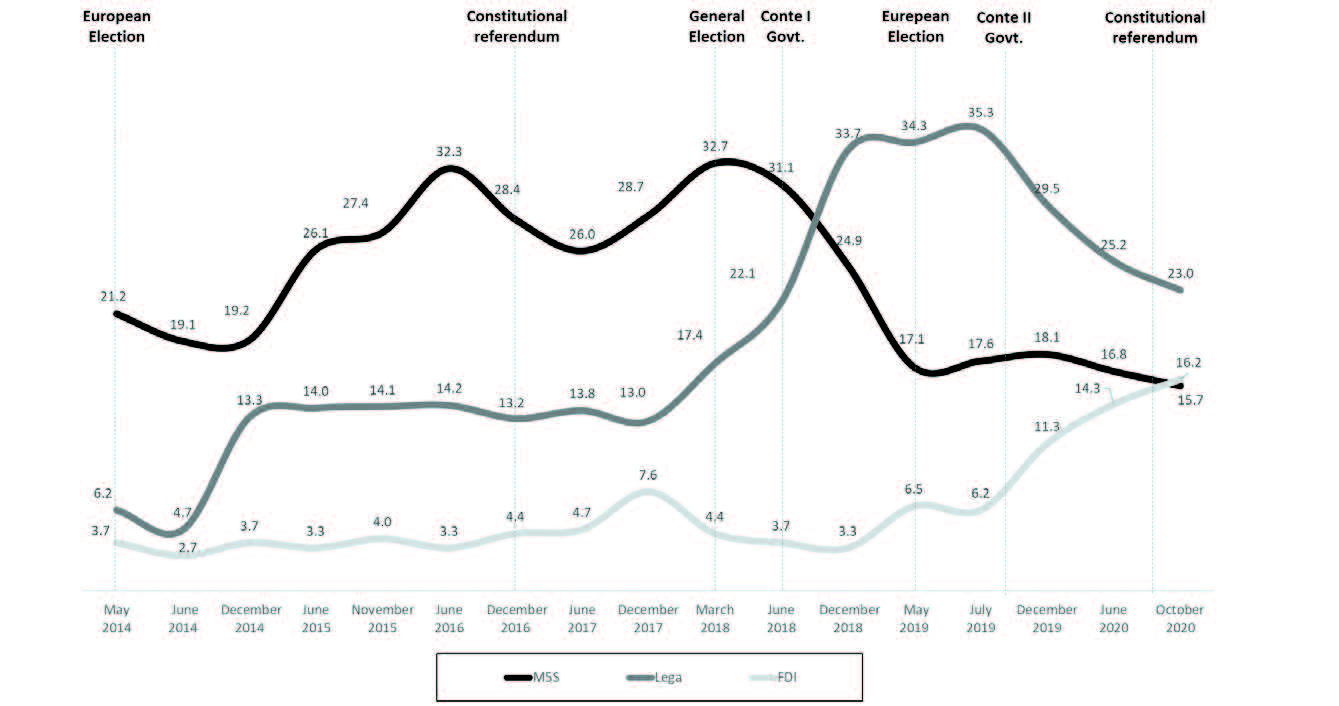 What happens when anti-establishment political actors gain strength, enter institutions, and even become the new establishment? To what extent are their electoral profiles and the demands behind them normalised by the system? This article uses ITANES surveys to investigate voters’ reactions to the different paths taken by the three main protagonists of the 2016-2020 Italian populist wave: the M5S, the Lega, and FDI. In particular, it uses panel data to study the evolution of populist attitudes and protest drivers, as well as their connection with electoral flows and parties’ strategic choices. The most striking change concerns the redefinition of the political outlook of 5-star voters, who have significantly reduced their populist stances. However, the transformation of the M5S into a government party produced significant outflows of voters who already in 2016 expressed greater resentment towards political elites. These dynamics have largely favoured parties of the populist right – the Lega and then especially FDI – which have preserved or even reinforced their (electoral) profile as anti-establishment parties.