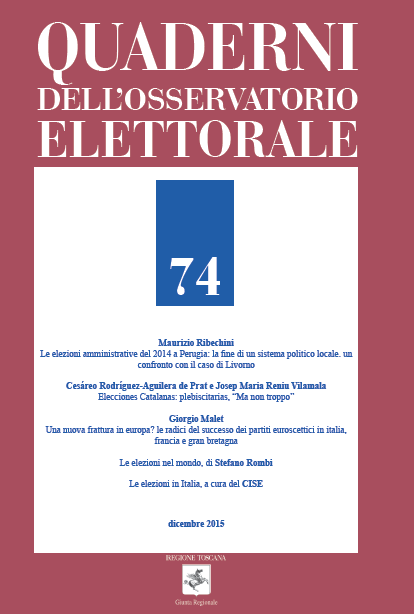 In the enduring debate regarding the structure of political competition, substantial evidence has been accumulated on the emergence of a new European dimension and on its relevance in some national elections. Yet, there have been few attempts to match the supply side with the demand side of electoral politics through cross-national studies. To fill the gap, this article adopts a two-step procedure. On the one hand, it investigates the political potential of Euroscepticism tracing back the fault lines of a new cleavage to processes of economic competition, cultural diversity and political integration. On the other, it showcases the uneven process of politicization of the EU issues in Italy, France, and United Kingdom. In these countries the growing difficulties of mainstream parties to deal with issues that crosscut the traditional left-right dimension have paved the way to the success of new anti-establishment parties. These challengers have exploited conflicts and issues generated by the integration process thus undermining the conventional dynamics of party competition. Nonetheless, preferences on the integration process affect voting behaviour only in Great Britain and, partially, in France, while in the Italian case there is still little evidence of EU issue voting.