Decades of Party Distrust. Persistence through Reform in Italy

Gianluca Passarelli is an Associate Professor in Political Science at Sapienza University, Roma. He is author of Preferential Voting Systems (2020) and The Presidentialization of Political Parties (2015). 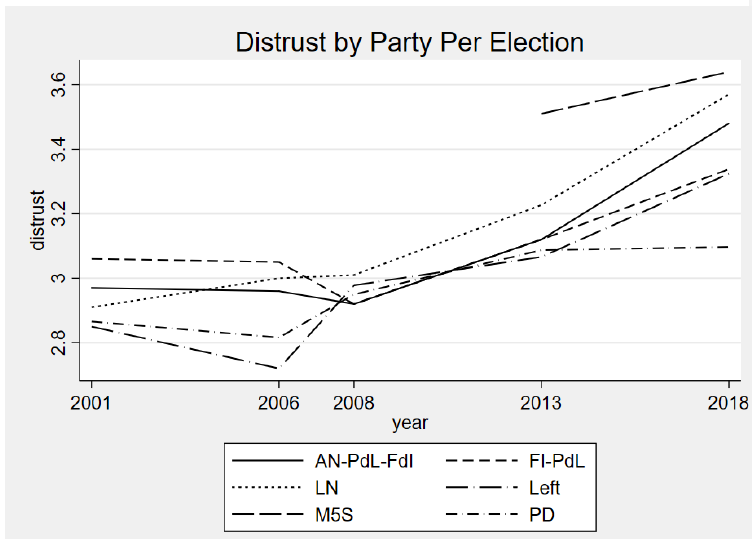 One common feature of the Italian political space over the past half century has been the presence of distrust in political parties and the presence of anti-system parties on both the left and the right. Discontent with existing elites and the political system has taken many forms, including referendums altering the electoral system. Both the character of the main parties and the rules by which they are elected have been reformed 4 times since the 1980s. However, as the elections of 2013 and 2018 and the referendum of 2016 demonstrate, Italians still have a high amount of resentment towards party elites and the operation of the system. Using data from Italian National Election Studies, this paper traces the development of this party resentment with a focus on three questions: 1) How has resentment towards party representiveness changed with the electoral and party reforms 2) Who was likely to hold this resentment 3) What was the party affiliation of those most resentful, or did they abstain? Results stress that socio-demographic differences had little effect on understanding the source of party resentment; distrust in parties correlates well with distrust in parliament and political administration. General social distrust did not translate into a distrust for parties. We conclude that discontent can be separated into a political dimension associated with current governance and one of a more systemic nature.