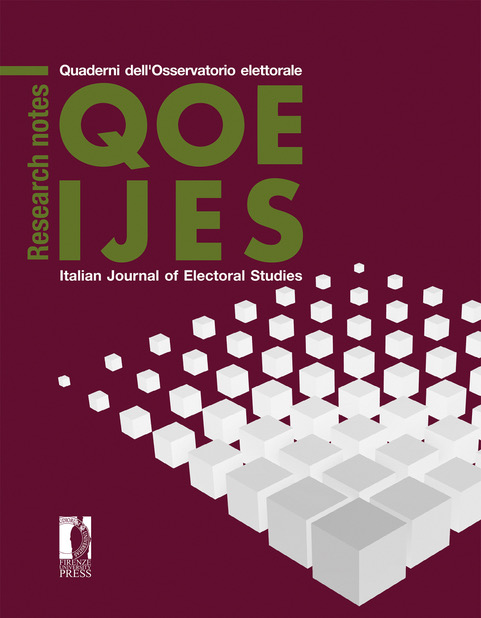 Among the attributes of political candidates, localness represents an aspect relatively uncovered by the core of the literature on party politics. There are, however, different scholars that pinpointed to the utility of this aspect in understanding political elites’ circulation. In line with this assumption, the article aims to map the degree of localness of single-member constituencies’ candidates in the 2018 Italian general elections. More specifically, the analysis focuses on the candidates’ localness by highlight similarities and differences among party-candidates and their geographical distribution. In doing so, the analysis is based on an original dataset; the localness of candidates has been calculated through a localness index. The article is organized as follows. It starts from a literature review on localness. Drawing on this theoretical introduction, I identify the logic behind the research question. In the next section, the rationale for the selection of the different cases analysed is provided. On this ground, the analysis proceeds with a synthetic overview of the context of reference. In the last part of the analysis, the index of localness is defined and applied to the dataset. The main conclusion is that, although there is a strong diffusion of local candidates, there are significant differences among parties, with a higher localness level of the League and the Democratic Party than Forza Italia and the Five Star Movement, especially in the Northern and Southern’s regions.