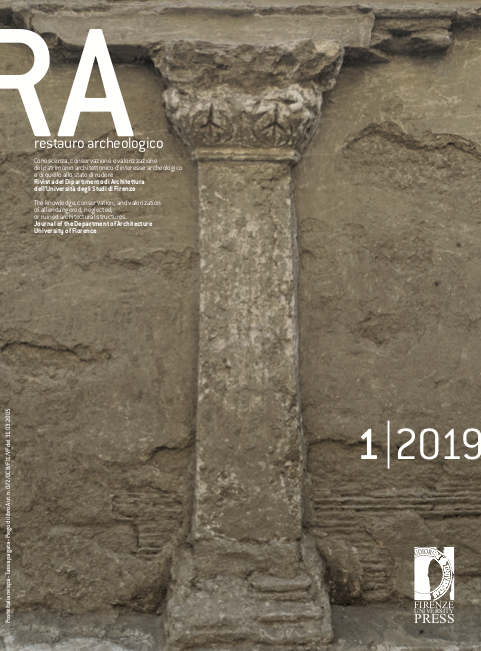 Taking into account the reports on archaeological excavation and the resulting successive publications, the present article wants to define the exact place of origin and an accurate dating for a schist bracket showing traces of gilding, currently preserved in the MAO Museo d’Arte Orientale in Turin (Inv. n. IAp/151). The bracket has been unearthed during excavations carried out between 1956 and 1962 by the Missione Archeologica Italiana at the site of Butkara I (Pakistan). In 2016, the conspicuous gilding still present and the bole underneath it have been scientifically analyzed by the ISCR, Istituto Superiore per la Conservazione e il Restauro based in Rome. At present, the ISCR is carrying out important studies at international level on the polychromy and the gilding of stone and stucco elements pertaining to the Buddhist artistic production of the ancient region of Gandhara, an area at present situated between the two nation-states of Pakistan and Afghanistan.