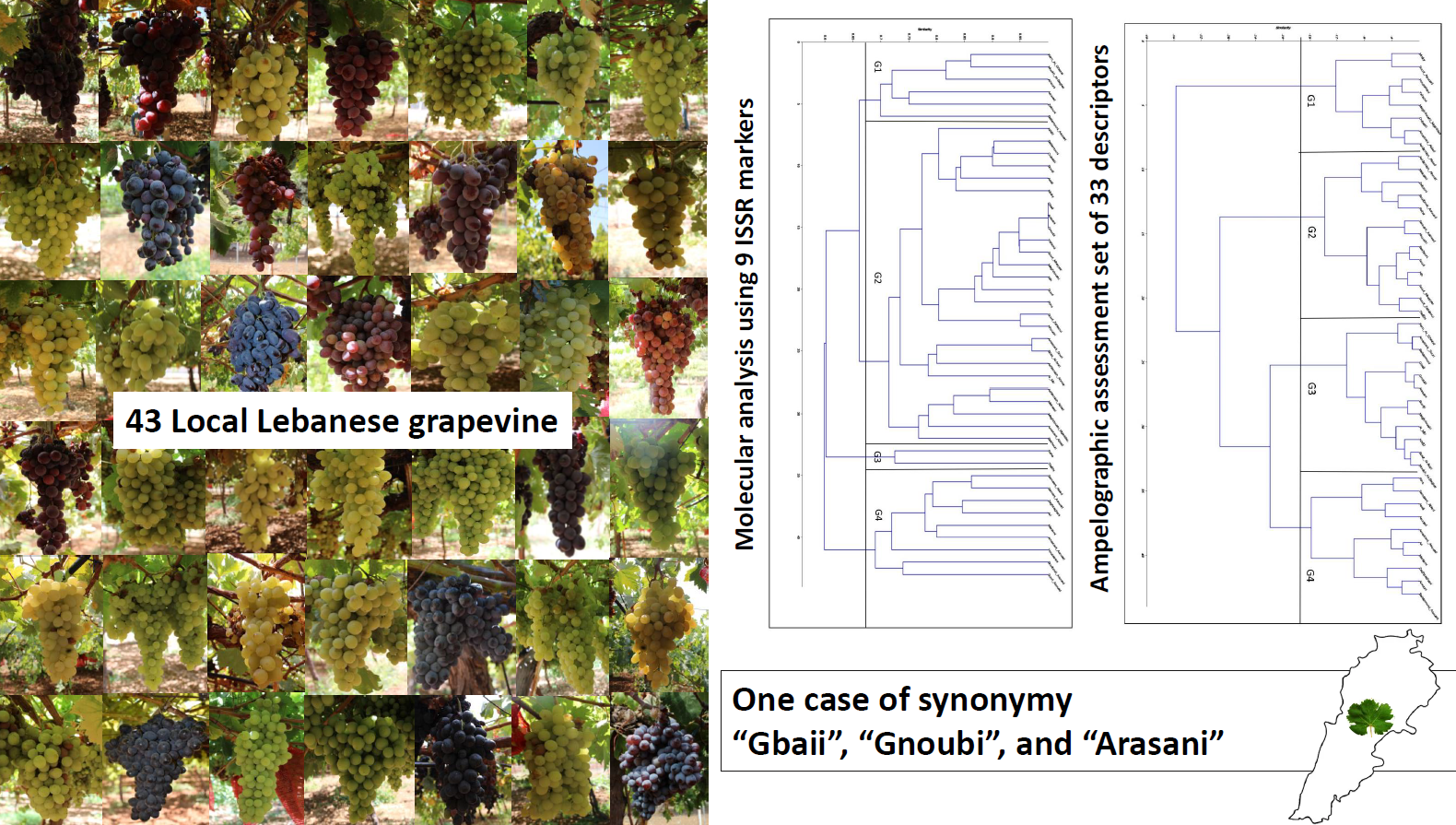 Safeguarding grapevine biodiversity is one of the main concerns in viticulture today. Management of ex situ collections requires a comprehensive characterization of the conserved germplasm to provide basic material for selection and breeding programs. In this study, the local grapevine germplasm conserved at the national collection of the Lebanese Agricultural Research Institute and composed of 43 accessions was submitted to a genetic and ampelographic study. Nine ISSR primers, previously developed in grapevine, were used in this study. These primers generated a total of 51 bands, of which 77.7% were polymorphic allowing the differentiation of 41 genetic profiles vs. one case of synonymy that was recorded among three accessions. Ampelographic characterization was conducted using a set of 33 descriptors established by the International Office of Vine and Wine and related to leaf, bunch, and berry. Principal component analysis identified 12 descriptors i.e. veraison date, maturity date, berry length, upper and lower vein pigmentation, bunch density, bunch weight, sugar content at harvesting, flesh of juiciness, berry weight, flesh firmness, and color skin, as being the most discriminating descriptors. The correlation between the ISSR clustering and the ampelographic one was not significant (r=0.26) because of the divergence of accessions groups, except for the three accessions synonymy case which was confirmed in both dendrograms. Finally, this comprehensive evaluation of the existing local gene pool of grapevine revealed a substantial diversity. It would further allow the promotion of the valuable accessions directly through multiplication schemes, and their sustainable utilization in genetic improvement programs.