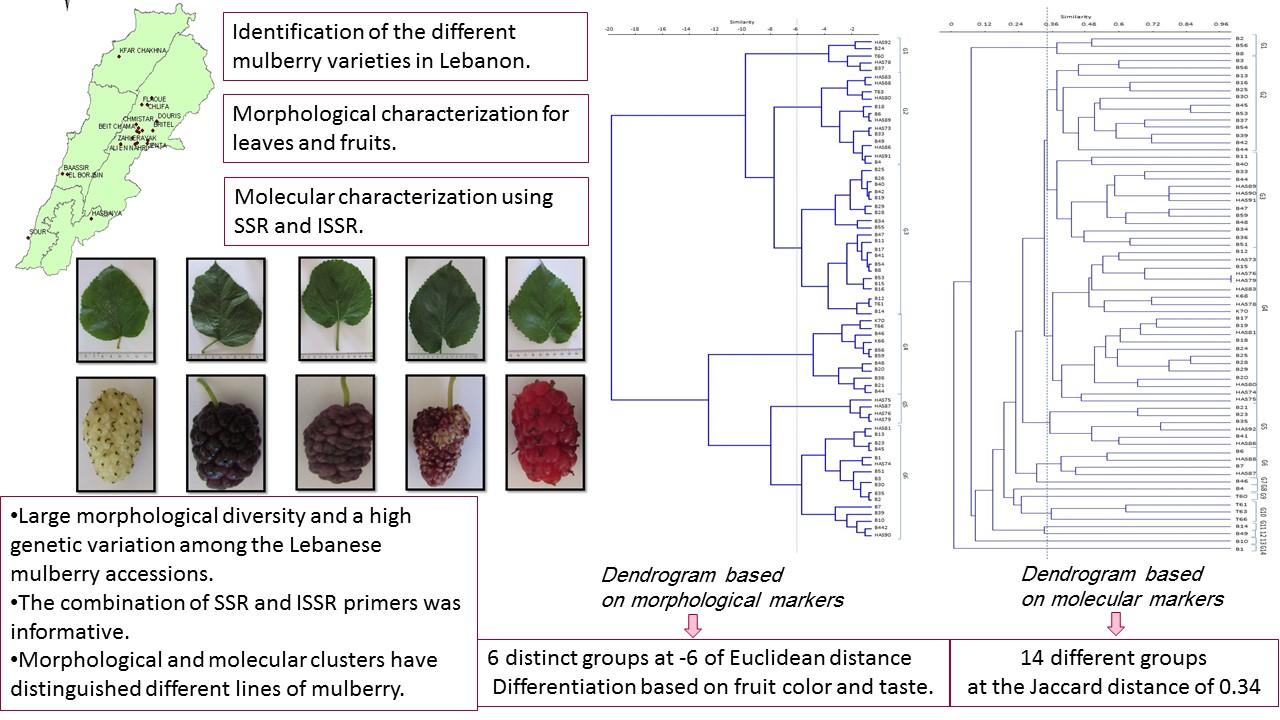 Lebanon has ancient mulberry trees which are the remnants of the abundant orchards that dominated its lands during the nineteenth century. Lebanese mulberry germplasm has not been assessed yet. This study aims to collect local old rainfed mulberry accessions from different geographical regions and assess their diversity by using morphological and molecular markers (SSR and ISSR). Genetic diversity of 70 accessions of mulberry were evaluated by using 27 morphological traits. The dendrogram based on the morphological attributes showed a relative separation of the different accessions based on fruits color and taste. Molecular analysis was performed for the accessions by using selected SSR and ISSR primers. The primers marked a high discriminating power (0.7 to 0.89). The dendrogram constructed on the base of UPGMA method showed 13 different groups. The clustering patterns indicated no location nor local name specificity among mulberry accessions. The combination of SSR and ISSR primers was informative for estimating the extent of mulberry genetic diversity. It can be concluded that there is a high level of genetic diversity within mulberry trees in Lebanon. These results will be useful for mulberry germplasm management in terms of biodiversity protection and as a valuable source of gene pool for crop improvement.