Export propensity and intensity in the wine industry: a fractional econometric approach 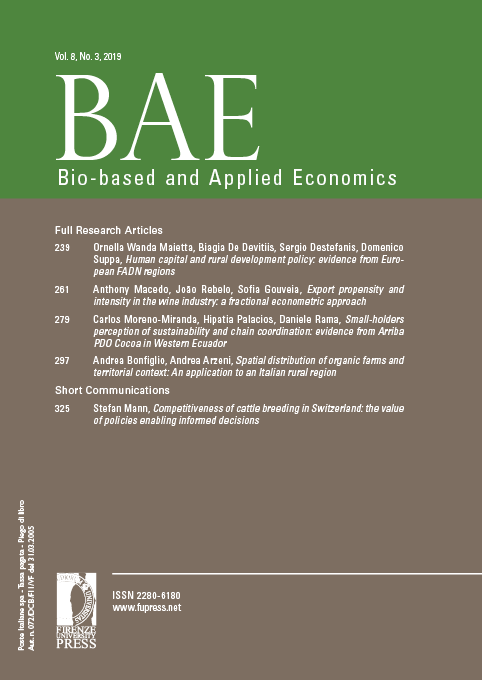 Using export market shares as a measure of international competitiveness, this paper studies wine exports in terms of propensity and intensity. Based on data for the period 1999-2014, a two-part fractional regression model is applied. The results suggest that for importing countries GDP per capita, their own wine production, and EU membership have a positive effect on the probability of importing wine but tend to evolve inversely to market shares, as taste for variety becomes more important. Additionally, export propensity is positively affected by regional trade agreements, common language, similarity of religious culture, wine production in the exporting country, and the exporting country being from the Old World, while export intensity is boosted by common language and wine production in the exporting country. Bilateral distance has a negative effect on both margins of trade.