Understanding the bioeconomy: a new sustainability economy in British and European public discourse

Pauline Deutz (PhD) is a Professor at the Department of Geography, Geology & Environment, University of Hull. [Her webpage has not been updated with the new position/rank] 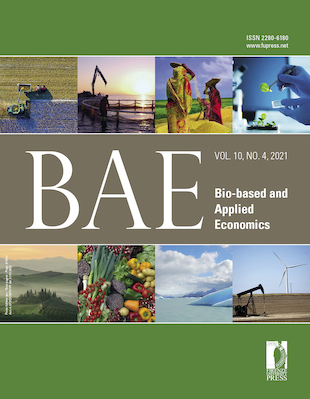 Over the past decade, the term bioeconomy has emerged in both policy and academic discourse. Implying a technology-driven approach to wealth generation from organic materials, the term has taken hold with so far limited critical engagement. It is a contestable rather than contested term. Noting the rise of numerous other ‘economies’ (blue, green, circular) on a similar timeframe, this paper undertakes a critical discourse analysis of academic literature and UK/EU policy documents using the term ‘bioeconomy’ to produce a contextualised understanding of how it is used in both theoretical and practical contexts. Our analysis shows that bioeconomy, as with the other ‘sustainability’ economies, which we term the ‘S-economies’, prioritises the economy and the markets as the solution brokers for the environmental and economic problems they seek to address. The apparent fragmentation of the theory and policy concerning the environmental sustainability of economic activity is expressed through the variability of terms that aspire to establish multiple economies functioning at the same time. Limited empirical analysis of the existing ‘bioeconomy’ is symptomatic of the dissociation between theory and practice, emphasizing technological approaches favouring capital intensive approaches over local solutions. The S-economies, including the bioeconomy, are an attempt to bypass economic structural realities that otherwise would need to be addressed.