Vol. 9 No. 18 (2019): Narrating Science: Risks and Opportunities in the Information Society
Open Essays and Researches 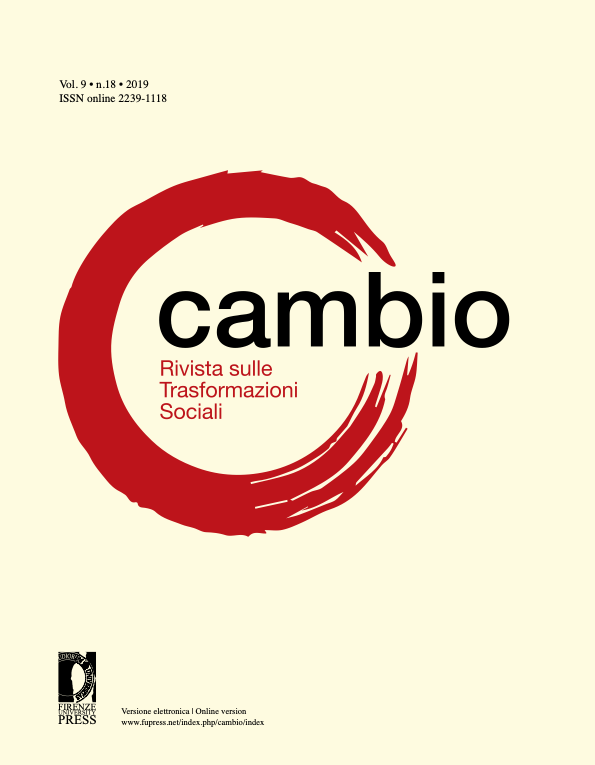 The anomia’s concept created by Merton (1949), offers us an analysis of the behavioral models that individuals adopt in order to adapt themselves or even to refuse the society’s cultural values. On this basis, some categories of subjects (the identity) that have adopted deviant behavioral models have been taken into consideration. On the other hand, this has finally lead us onto an analysis of the places that host these types of behavior. Taking on consideration further sociological theories that explain the relationship between identity and territory (Raffestin, 1981; Remotti, 1996; Isenburg, 2000; Sayad, 2002; Boni, 2005; Calandra, 2007; Elliott e Lemert, 2007; Bauman, 2009; D’Alessandro, 2009; D’Ascenzo, 2014; Salisci, 2018), a research is been carried out on identity and it’s invisible and split areas; people and spaces socially forgotten, isolated from the official’s United States society and geography. Identity and it’s invisible and split areas, is first defined and then, classified using a taxonomy. Many are the objectives of this means: reaffirm how actual the Mertonian’s Theory still is; identify the endogenous and exogenous factors of the fenomenon; certify a misrepresented perception of the american’s dream idea.