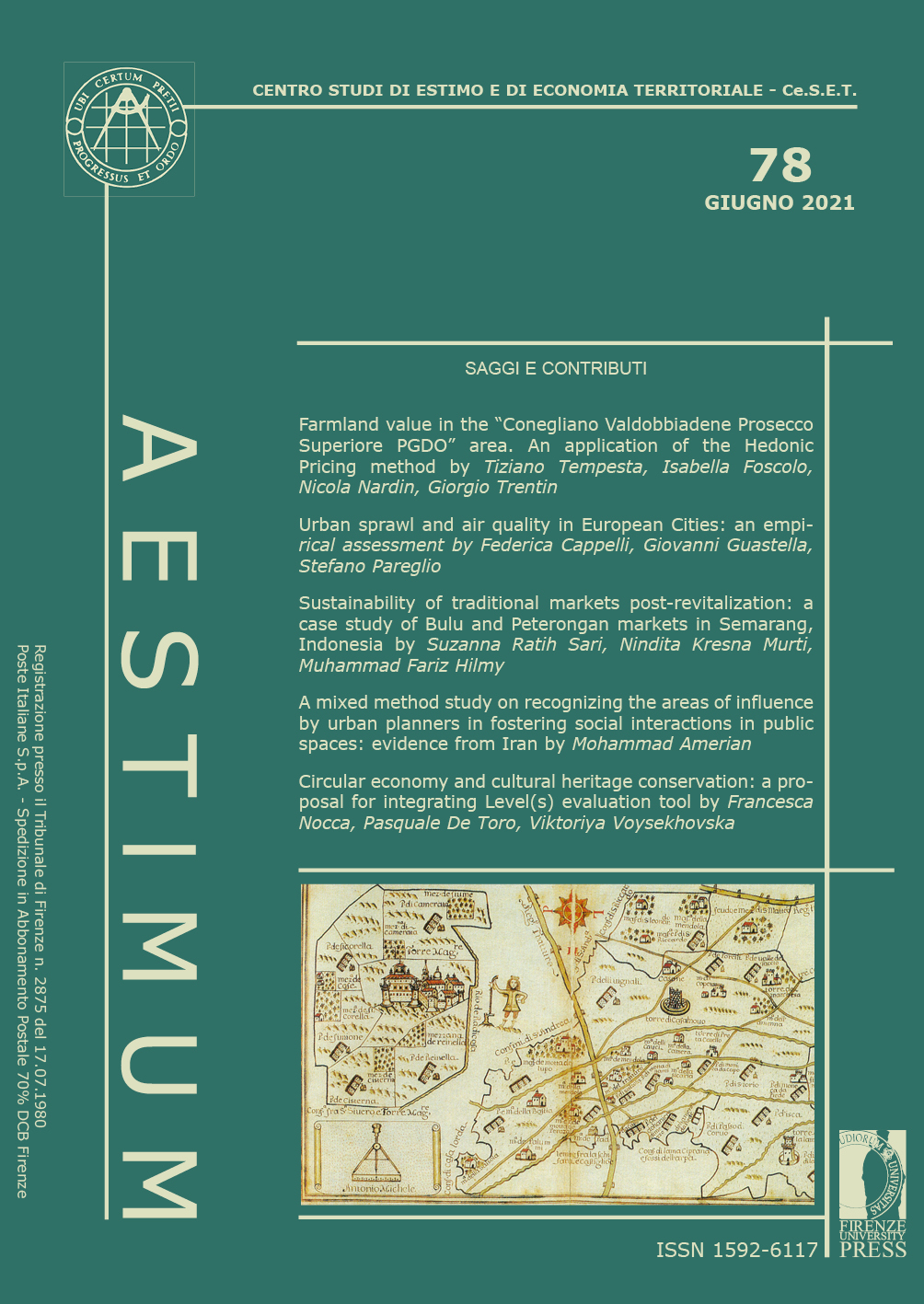 In this paper we estimate the relationship between urban sprawl and a measure of air quality, namely the number of days in which the PM10 concentration exceeds safeguard limits in European Union cities. Building on a multidimensional representation of sprawl, the paper employs several indicators to account for built-up area development, population density, and residential discontinuity. The paper employs generalised additive models to disentangle the non-linear effects in the variables and the interaction effects of the three sprawl dimensions. A significant and robust effect of urban morphology emerges after controlling for socio-economic, demographic, and climatic factors and the geographical location of the city. We find that urban sprawl impacts positively on pollutant concentration, but the effect is highly context-specific because of threshold effects and interactions.