The fragile blue wall: analyzing geographies of the 2020 US presidential election 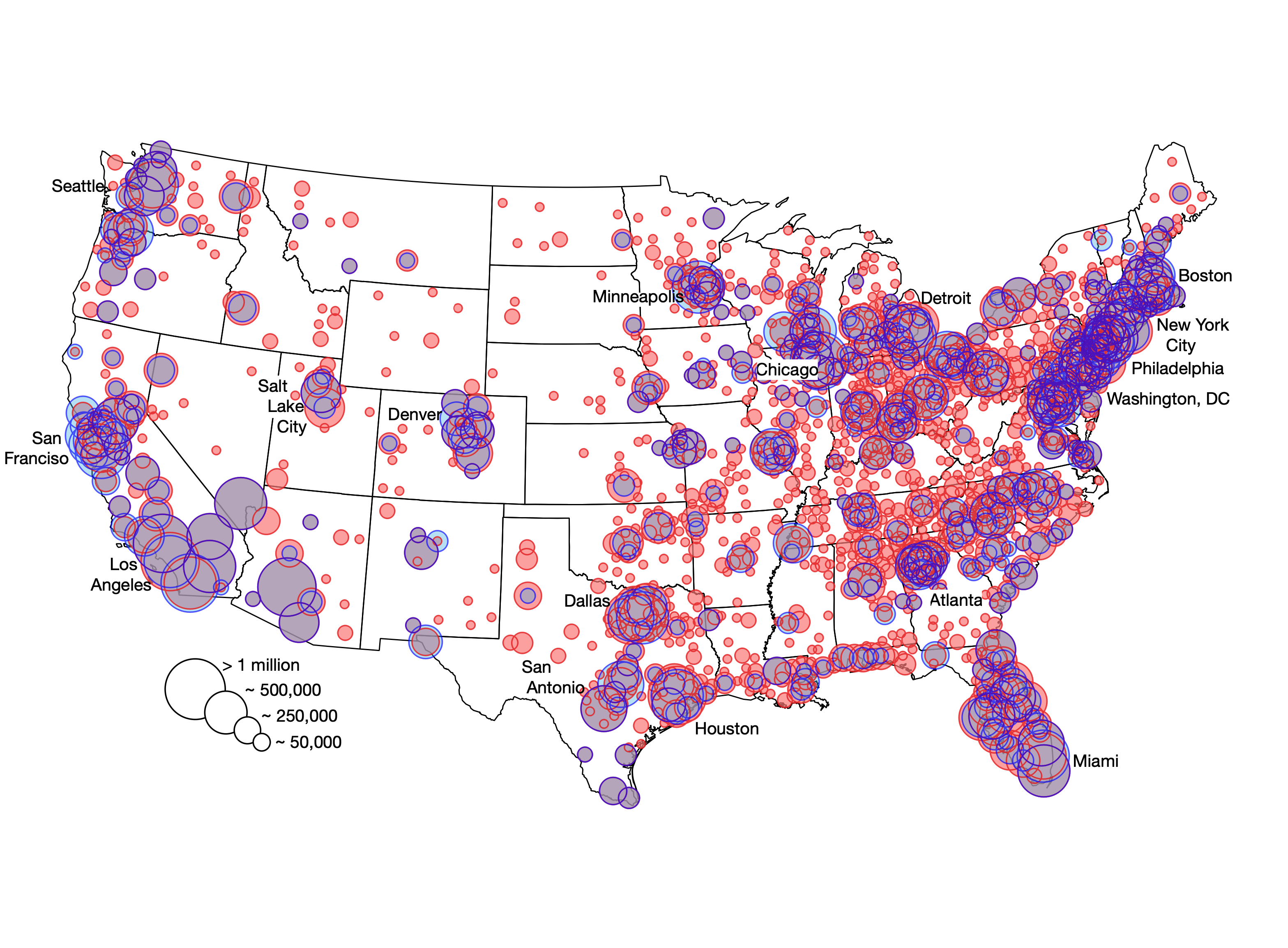 US presidential elections are peculiar contests based on mediation by an Electoral College in which votes are aggregated on a state-by-state basis. In 2020, as in 2016, the outcome was decided by a set of states where the two candidates were equally competitive: Michigan, Pennsylvania, and Wisconsin. Two geographical stories tend to dominate accounts of what happened in 2020. The first story is based on red (Republican) versus blue (Democratic) states, and the second story relies upon rural versus urban biases in support for the two parties. After showing how and where Donald Trump outperformed the expectations of pre-election polls, we consider these two geographical stories both generally, and more specifically, in relation to the crucial swing states. Through an examination of the successes of Joe Biden in Arizona and Georgia, two states long thought of as “red”, and the role of the suburbs and local particularities in producing this result, we conclude that the polarization of the United States into two hostile electorates is exaggerated.