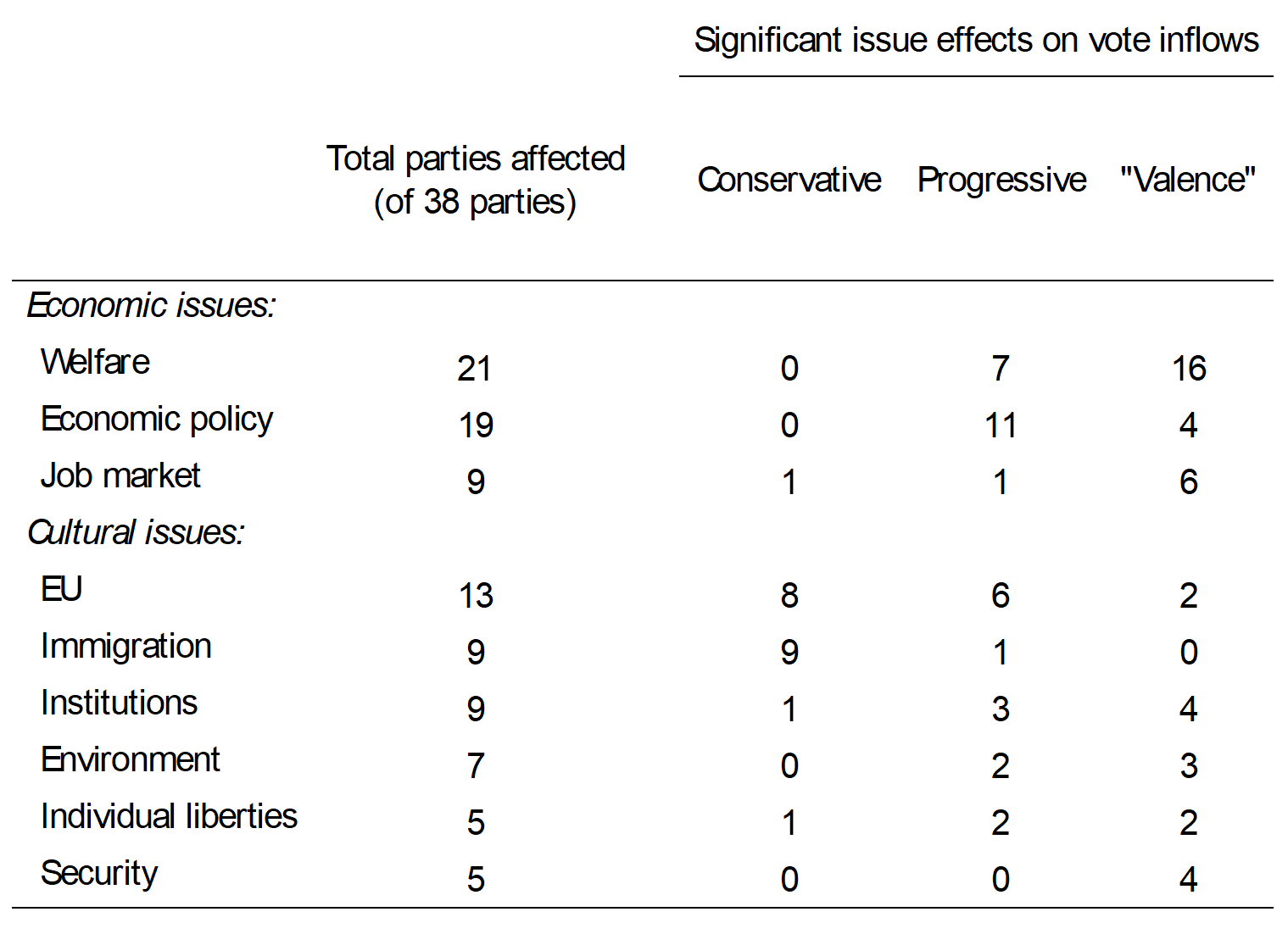 Results of the last electoral season in Western Europe have been mostly seen in the light of the success of challenger, anti-establishment parties. According to this narrative, past elections have been overwhelmingly dominated by cultural issues such as immigration and the EU. However, these accounts suffer from several limitations. First, they generally focus on the determinants of the static component of electoral results (i.e. vote choice) rather than the factors leading to vote change (i.e. the individual-level component of aggregate electoral change). Second, relying on party manifestos and programmatic platforms, they usually offer a party-based reconstruction of the general climate of elections. As a consequence, they provide only an indirect, at best limited, overview of the actual political issues that might have driven electoral results. To overcome these limitations, in this paper we introduce a new methodological strategy to characterize electoral results in comparative perspective. To do so we leverage an issue-rich public opinion dataset to estimate individual-level vote change towards each party as a function of issue-based party-voter affinity measures in 6 European countries. Relying on 38 logistic regression models (one for each party), our results contradict many current interpretations of electoral results in Western Europe, in fact showing that economic issues, rather than broad cultural ones, emerged as the most relevant predictors of vote inflows. Furthermore, it also demonstrates the relevance of “cross-ideological” mobilization across all the 6 countries covered in this study.