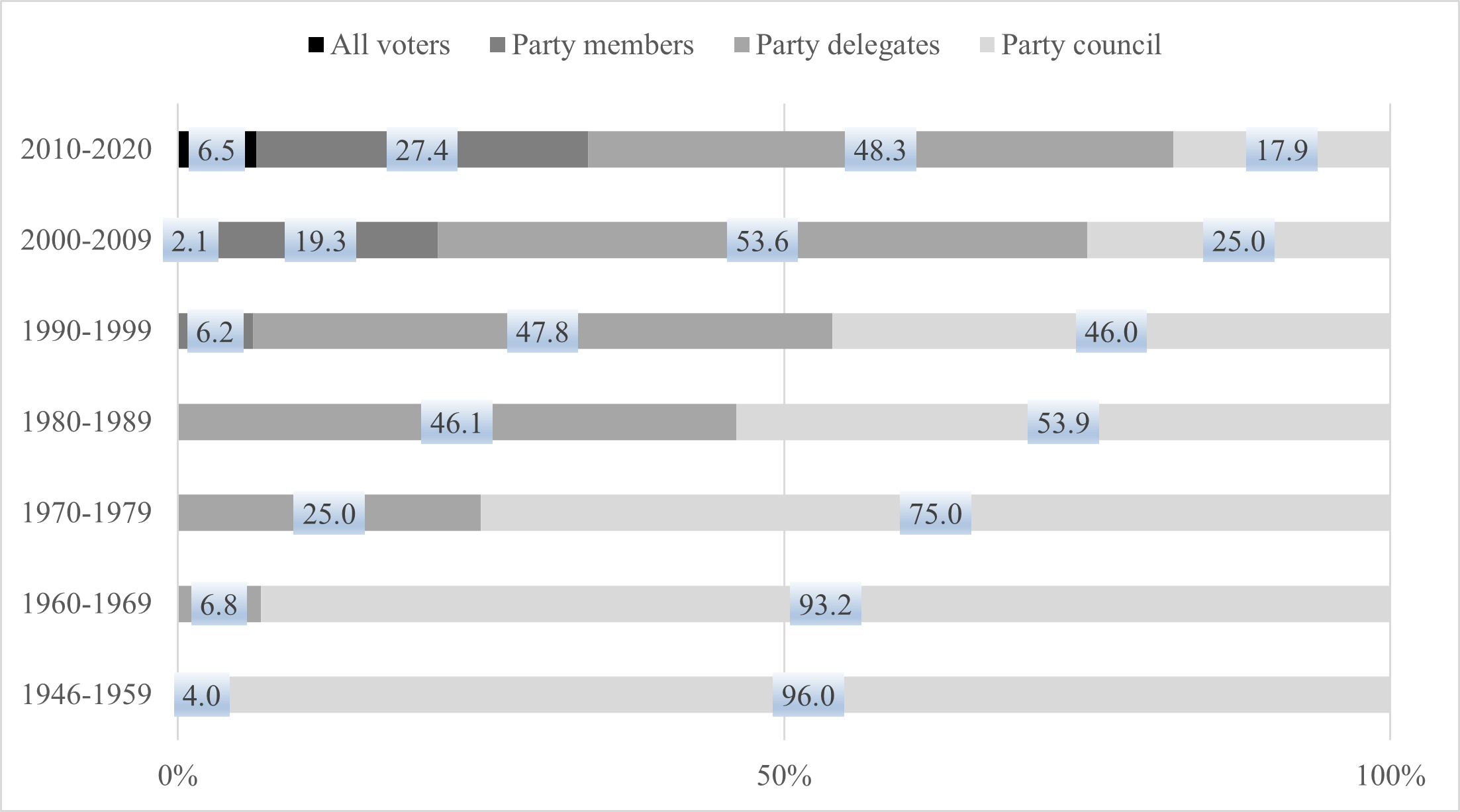 This study is an analysis of the methods Italian parties used to select their leaders from 1946 to 2020. Using an extended database originally based on the Comparative Study of Party Leaders (Cospal) project and collected through a content analysis of the statutes, the study deals with three topics. First, the individual requirements for candidacy are examined; second, the different types of selectorates are reported; third, a cursory test of the conformity between statutes’ provisions and actual leader selections is proposed. The analyses show that both candidacy requirements and selectorates have become more inclusive through time; that the diffusion of inclusive – and cumbersome – selectorates has been followed by the adoption of alternative faster methods of selection based on some type of party council to be used under pressure; and that there is a large overlapping between formal and actual selectorates. A result of this work is a quantification so far unavailable of intraparty democracy in Italy on a long period.