Zooming in on the ‘Europeanisation’ of national politics: A comparative analysis of six EU countries 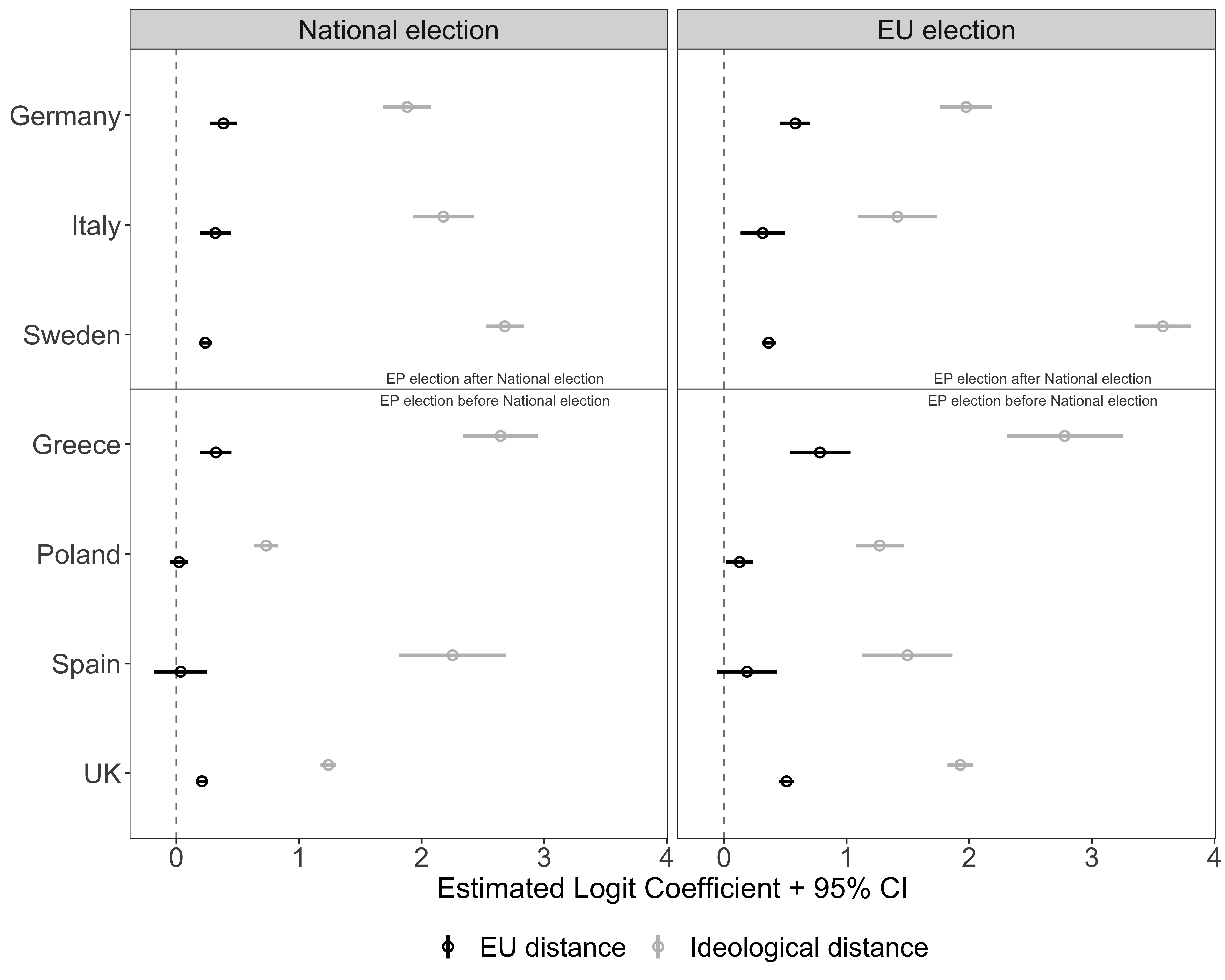 This article empirically revisits and tests the effect of individual distance from parties on the EU integration dimension and on the left–right dimension for vote choice in both national and European elections. This analysis is based on the unique European Election Study (EES) 2014 survey panel data from seven EU countries. Our findings show that in most countries the effect of individual distance on the EU integration dimension is positive and significant for both European and national elections. Yet the effect of this dimension is not uniform across all seven countries, revealing two scenarios: one in which it is only relevant for Eurosceptic voters and the other in which it is significant for voters of most parties in the system. The first is mainly related to the presence of a ‘hard’ Eurosceptic party in the party supply, but the second, which indicates a more advanced level of Europeanisation of party systems, is not explained by most current theoretical and empirical contributions. We conclude by proposing two additional explanations for this latter scenario in which the EU integration dimension is present for most voters in both type of elections, including those voting for the main parties. Our findings and further discussion have implications for the understanding of the Europeanisation of national politics and its relationship with vote choice.