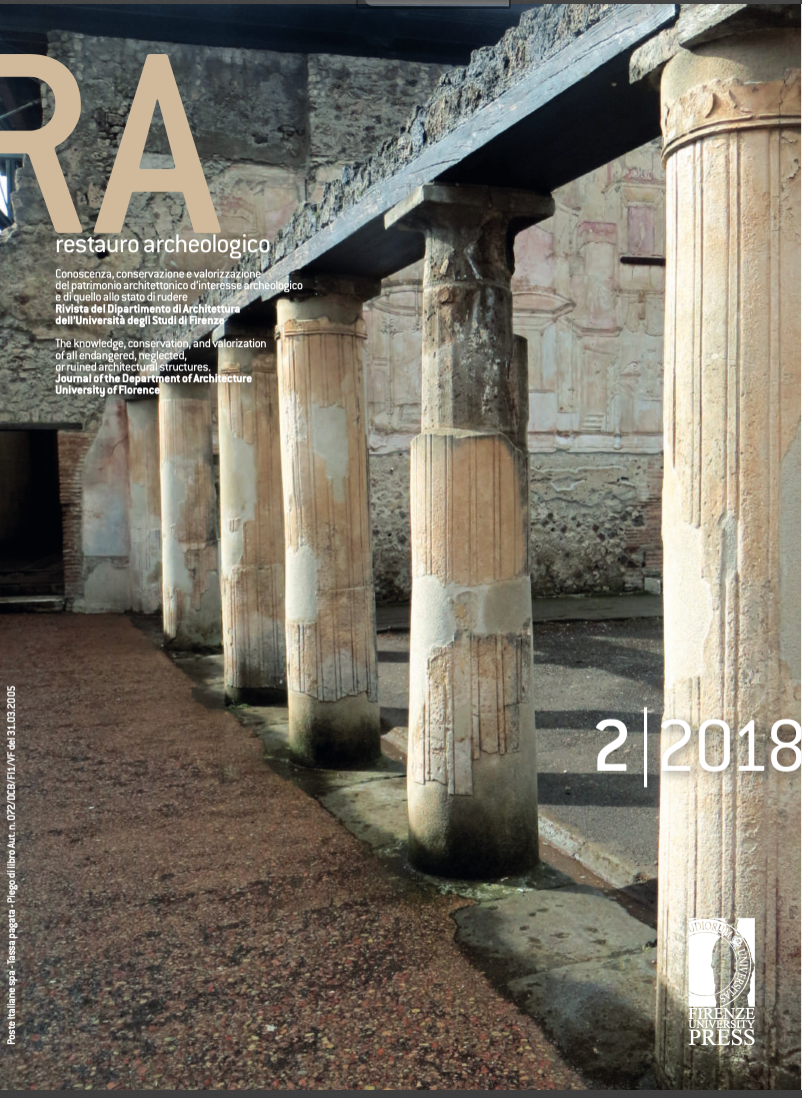 Palazzo Capponi delle Rovinate, was build between 1406 and 1426, it was commissioned from Niccolò da Uzzano and Lorenzo di Bicci, to young Filippo Brunelleschi, as written from Vasari, do the recent studies evidence. According the 1427 cadastre the building is accountant as build and actually used by the family. After the death of the Uzzanos brothers, the building passes trough wedding to the Capponi’s family. The name “Rovinate” comes form the continuous landslides happening in that area, for this reason the name Rovinate, comes from. The relief of the building and the analysis of the deterioration, architectonical and structural, have affected mostly the basement, ground floor, mezzanino and the under roof areas, the intermediate levels were not accountable of relief, because the are residential. Although, they were inspected, and the cracking framework seems aligned with the rest of the evidence. The conducted studies allowed us to understand the evolution phases of the structures also the nature of the materials and techniques used and the peculiarities of the geological underground. The failure analysis reviled a rotary translation, in the south-west corner of the building, followed by cracks in the opposite corner, accounted as strange.