Production of seed-propagated compact potted Corylopsis plant in one year 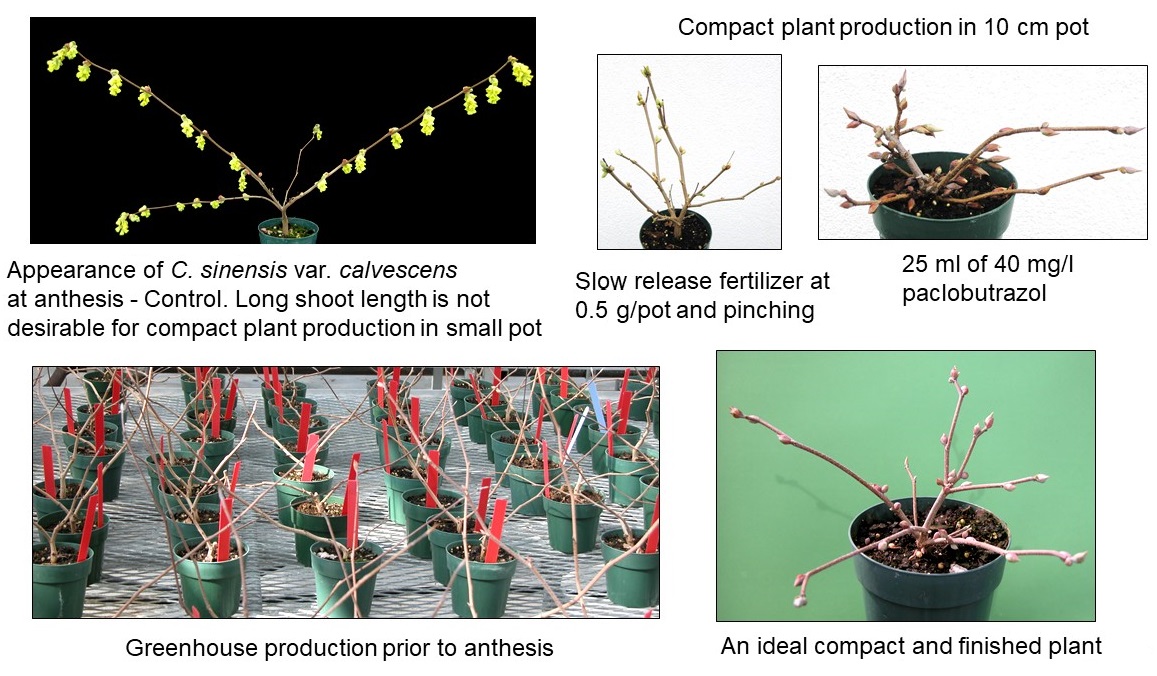 The feasibility to produce compact Corylopsis sinensis var. calvescens and C. coreana plant in a 10 cm pot in one year from transplanting seedlings with maximized number of short shoots and inflorescences was investigated. Corylopsis sinensis var. calvescens was selected as a suitable species to produce compact plant with inflorescences. Slow release fertilizer (SRF) at a rate of 0, 0.125, 0.25, and 0.5 g per pot was applied to the surface of the growing medium (Expt. 1). Shoots were pinched 2 (Feb. 28), 4, 6, and 8 weeks (May 16) (Expt. 2) after transplanting, and ancymidol, paclobutrazol, chlormequat, and daminozide plant growth retardants were treated (Expt. 3). Application of a SRF at 0.5 g per pot and pinching four times at 2-week intervals before May 16 effectively increased the flowering percentages and the number of stems with inflorescences, to accelerate flowering, and also produced a compact plants. Paclobutrazol at 10-20 mg/L applied as soil drench was effective in inhibiting stem elongation in the first year; however, higher concentrations should be avoided to prevent excessive reduction in the growth of shoots and production of malformed inflorescences.