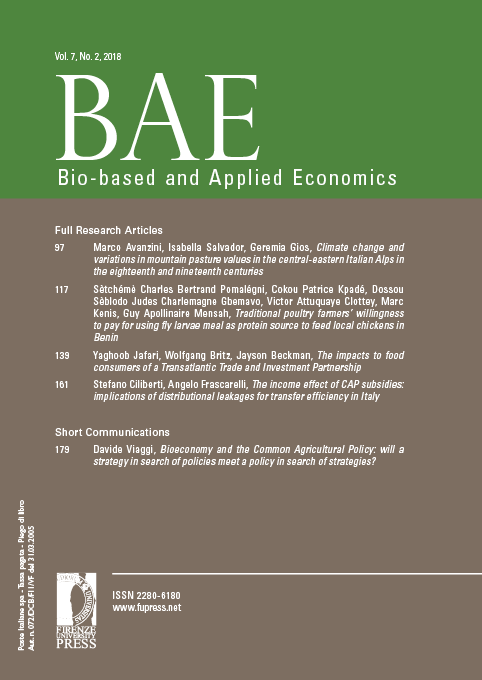 This study investigates variations in pasture lease rents during the eighteenth and nineteenth centuries in a sector of the Italian Alps and how these correlate with climate changes. Analysis of the rents in the three data sets clearly demonstrates a sharp increase over the period considered, which can generally be ascribed to increased human pressure following population growth during the same period. Oscillations in the values obtained for fifty-year periods between the last half of the eighteenth century and the beginning of the twentieth suggest a strong connection with environmental and climatic factors. Increases or decreases in temperature seem to have a less marked and less direct effect on the values of grazing lands close to the upper limit of vegetation, while socio-economic and infrastructural signals impinge significantly on climate signals on the grazing lands at lower altitudes.